You may have noticed, in the last few days, the doves which have appeared in shops and other places around the city. Salisbury Museum has joined in.

Thousands of origami doves have been installed at Salisbury Cathedral to signify peace following the nerve agent attack in the city, and the city’s community groups and businesses have also been encouraged to make a similar statement.

The Cathedral installation comprises 2,500 messages folded into bird shapes suspended along the length of the nave. Artist Michael Pendry said: “In their unity they stand for a fundamental human right to peace and freedom.” Perhaps we should start hanging them at home too? 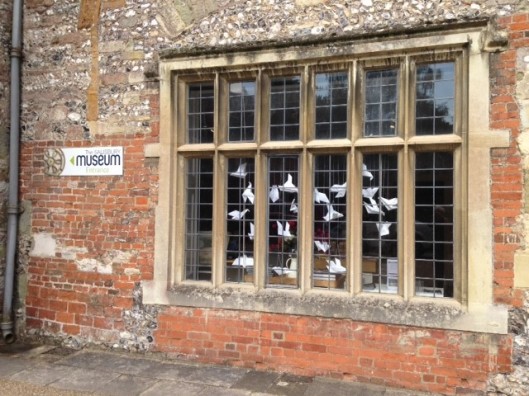